To invite people of different ages, particularly beginners and “ex-players,” to play pachinko/pachislo, specific measures have been put into place throughout the pachinko industry. It is natural that individual pachinko parlors take such measures. However, they had not been fully implemented from the viewpoint of the entire industry. As a result, the number of pachinko players has been declining for years. Over the past several years, the entire pachinko industry has become more and more concerned about such trends. Industry participants including pachinko parlors and game machine/ancillary device manufacturers have started joint activities. It is not easy to invite people unfamiliar with pachinko to play in pachinko parlors and joint activities such have this has just begun.

Some pachinko parlors have been successful in acquiring new customers by making their own marketing efforts and other efforts. Advertisements for pachinko parlors are subjected to many regulations. Pachinko parlors that work actively to get new customers and maintain existing customers try to eliminate negative factors such as “costs that are too high,” “the unbearable smell of cigarettes,” and “loud noises.” Typical examples include the operation of a pachinko parlor lending balls at low prices and the creation of a “space for play” equipped with a no-smoking area and equipment which reduces cigarette smoke to improve indoor air quality. 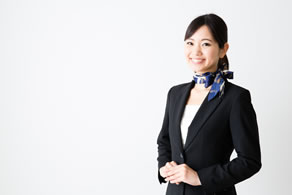 Admittedly, our efforts to improve areas around game machines are still not enough to invite beginners to play pachinko/pachislo. The methods of getting balls/tokens, playing games, exchanging for prizes, etc. have become more complex in recent years. They could get even “ex-players” confused. Some pachinko parlors employ a full-time concierge that explains how to play pachinko/pachislo in an easy-to-understand manner. In addition, an increasing number of pachinko parlor websites provide a page designed specifically for describing the “process from entering to exiting the pachinko parlor” in plain words. Some of them have begun to provide information in different languages in order to attract tourists from abroad.

To make people interested in pachinko/pachislo, some pachinko parlors allow players to use their game machines free of charge on non-business days. We would say such an approach has contributed to elimination of prejudice and preconceptions against the pachinko industry as well as increasing familiarity with pachinko/pachislo.